Molten aluminum in practice generally contains entrained solids which are deleterious to the final cast metal product. These entrained solids usually derive from three sources. Some are particles of aluminum oxide which are drawn into the liquid stream from the floating oxide layer on its surface, and some entrained particles are fragments of furnace lining, transfer trough and other portions of the molten aluminum handling equipment which are eroded and entrained in the flowing aluminum stream, and some particles are precipitates of insoluble impurities such as intermetallics, borides, carbides or precipitates of other aluminum compounds, such as chlorides. When these inclusions appear in the final cast product after the molten aluminum is solidified, they cause such final product to be less ductile or to have poor finishing characteristics. Accordingly, it is desirable to remove entrained solids from the molten aluminum stream before it is cast into a solid body which may be used as such or subjected to forming operations such as rolling, forging, extrusion, etc.
Molten Metal Filtration sale@adtechamm.com http://www.aluminum-casting-filter.com

Filtering processes to remove entrained solids from liquids are accomplished by passing the solid-laden liquid through a porous filter medium that will not pass the solids. Filtering molten metal in general, and molten aluminum in particular, creates special problems because the liquid is so aggressive that it is difficult to find a filter medium capable of withstanding it.

In general, two methods of filtering are used for removing entrained solids from molten aluminum alloys before casting. The most common filter medium is an open weave glass cloth screen placed in the metal transfer trough, around the spout or even in the molten metal pool in the top of the solidifying ingot. These cloth screens are able to remove only the larger sizes of inclusions from the metal and are easily ruptured during use because the glass fibers become very weak at the temperature of molten aluminum. In another prior art procedure, molten aluminum is filtered through a bed of loose alumina particles, for example, of tabular alumina, but it often suffers from the drawbacks normally associated with bed filters in that it passes too many solids, there is a strong tendency to channeling which prevents efficient use, and pore size of the filter is not easily controlled but rather readily changes under conditions of use so that, even when originally of proper dimension, it cannot be efficiently maintained. In addition, the metal must be kept constantly molten when the filter is not in use.
Molten Metal Filtration sale@adtechamm.com http://www.aluminum-casting-filter.com 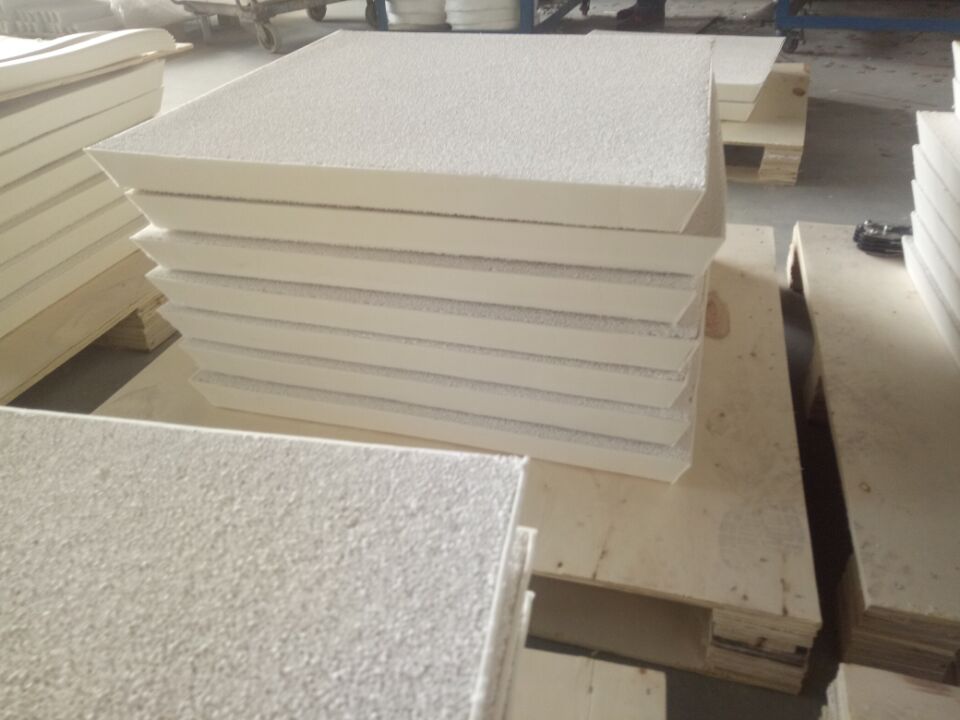 An improved method for filtering and removing entrained solids from molten aluminum alloys is disclosed in U.S. Pat. No. 3,893,917, assigned to the assignee of the instant invention, and employs a ceramic foam filter having an open cell structure characterized by a plurality of interconnected voids surrounded by a web of ceramic. While the use of the ceramic foam filter greatly increases filtration efficiency there is a problem with the strength reliability of the filter element.

It is an additional object of the present invention to provide a filter and method as aforesaid wherein said filter has improved strength reliability.

A further object of the present invention is to obtain a filter and method as aforesaid which obtains high filtration efficiency.

Further objects and advantages of the present invention will appear hereinafter.